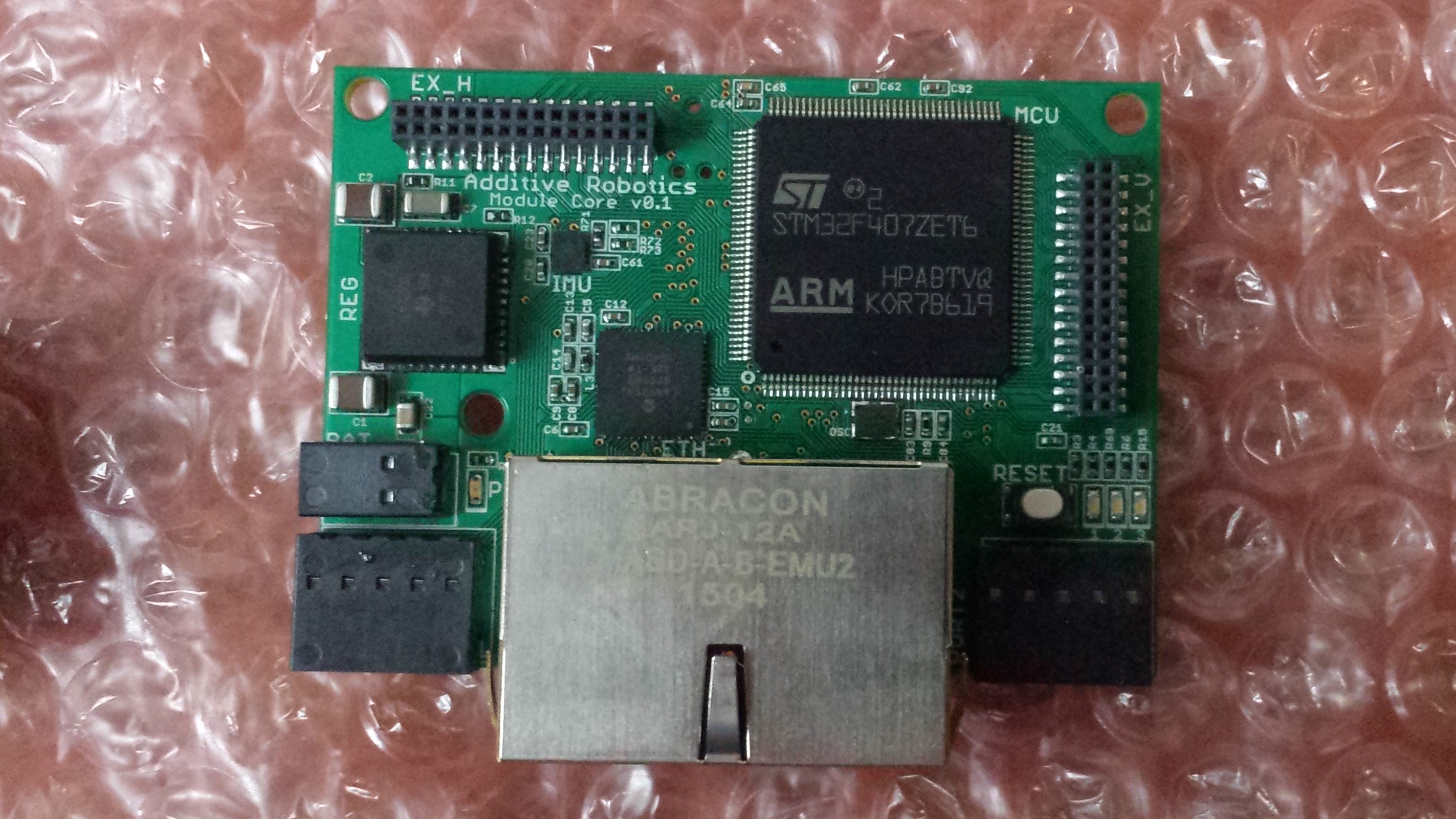 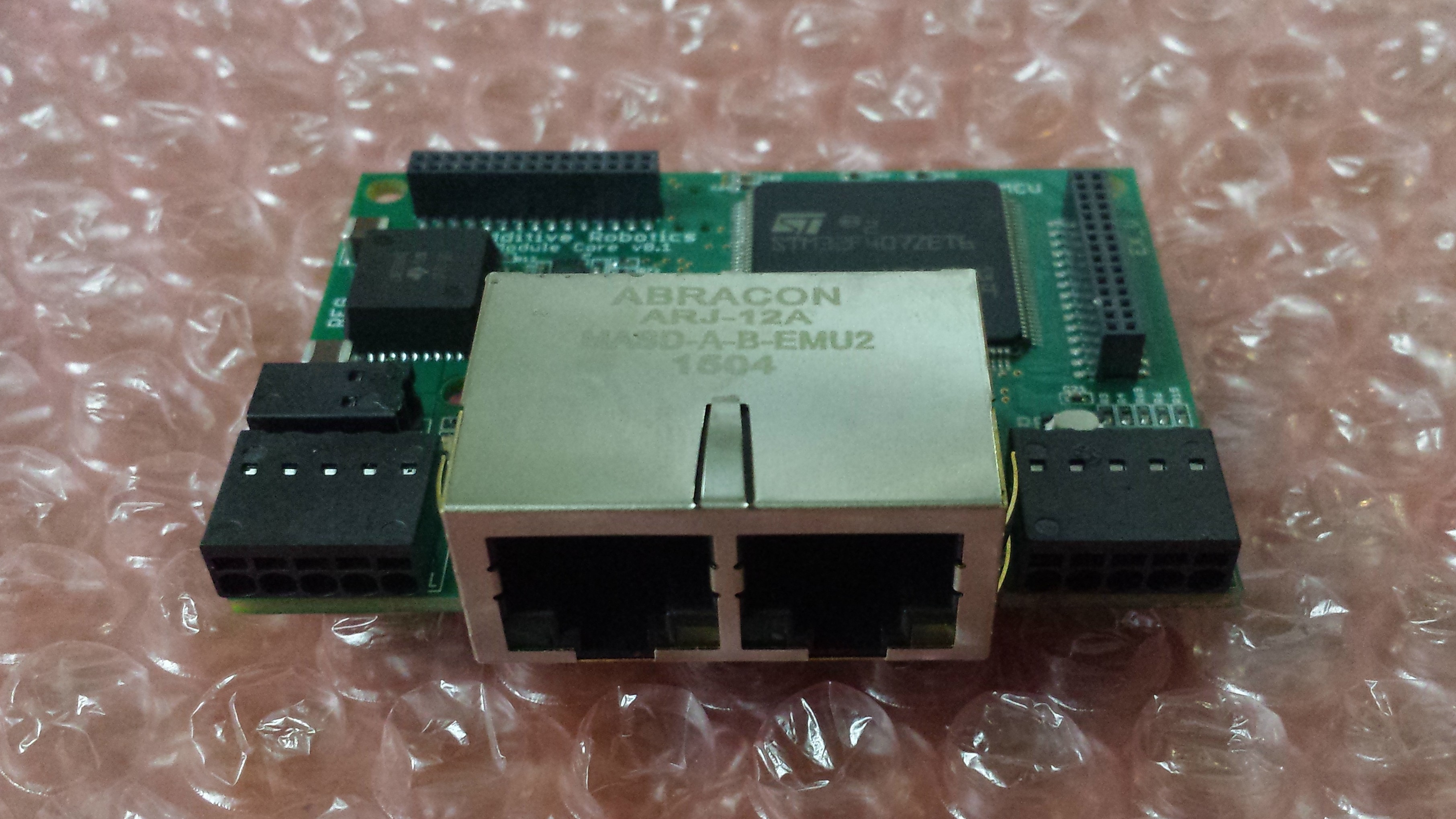 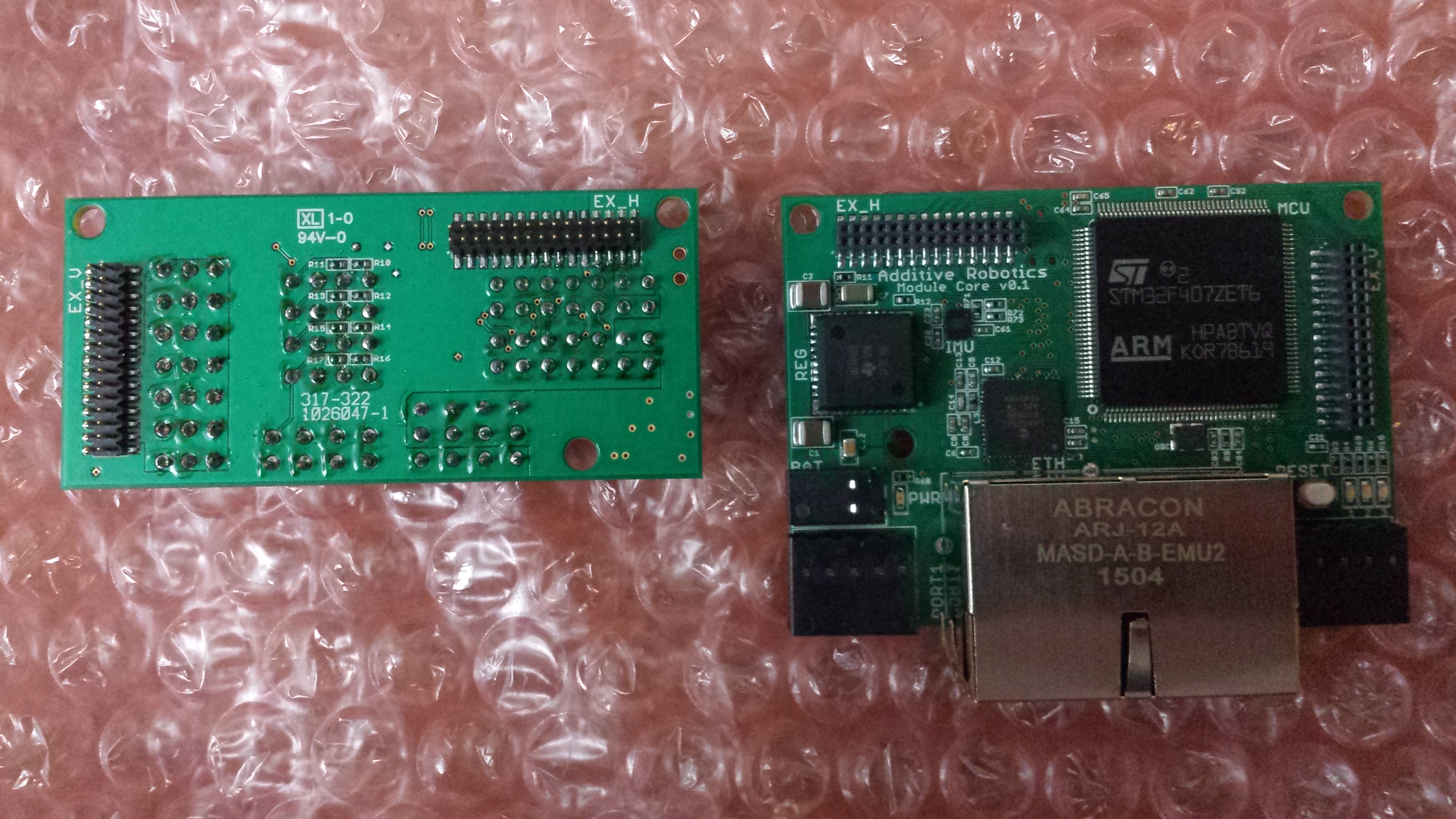 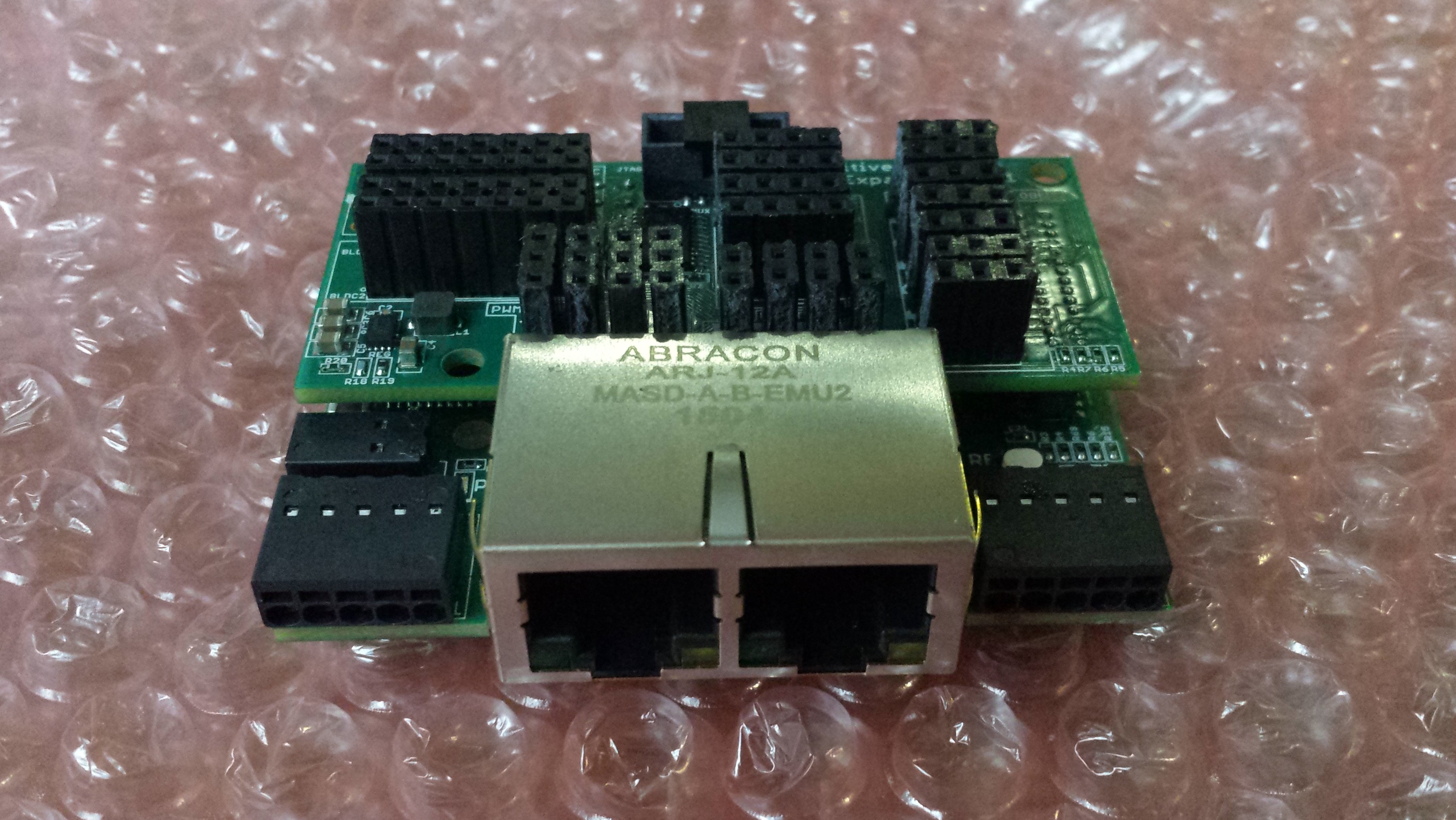 The Module Core’s powerful Cortex-M4 processor (STM32F407) is fast enough to execute high-quality control / sensing algorithms. The Module Core also has daisy-chainable Ethernet and USART interfaces for integration into a multi-module Additive Robot System. These interfaces can be used to send and receive data / commands from a remote computer, or from other modules in the system. The board also contains an onboard IMU, which provides angular velocity and linear acceleration data on all three axes.

The Module Core can be powered from any DC source between 4.5V and 60V. However, expansion boards and other electronic components may reduce the range of acceptable input voltages. For example, the Motor Submodule must have at least 7V to operate, while the PRLS Expansion needs the voltage to be less than 17V.